Shadow of the Tomb Raider - Difficulty and Accessibility

Play the way you want in Shadow of the Tomb Raider with new accessibility selections and customizable difficulty settings! Go beyond the single toggle for altering gameplay and say hello to new options like:

Our Audio accessibility options include:

We’re not stopping there because we’ve made it possible for players to independently adjust difficulty for puzzles, traversal, and combat. There are four unique settings for the aforementioned trio: Easy, Normal, Hard, and Deadly Obsession. While traditional options like easy, normal, and hard can be swapped at any time, once a player chooses Deadly Obsession, it applies to all three categories (puzzles, traversal and combat) and they will be unable to change the difficulty for the remainder of the playthrough. Choose-wisely…

A loyal friend to any Tomb Raider completionist, Survival Instincts is back once again. Adventurers looking for a more holistic experience can toggle Beacon (next objective location) and Glow (interactable objects) on/off regardless of difficulty settings (except when on the Deadly Obsession setting, of course).

For a deeper look at the game’s difficulty settings, feast your eyes on the breakdown below. 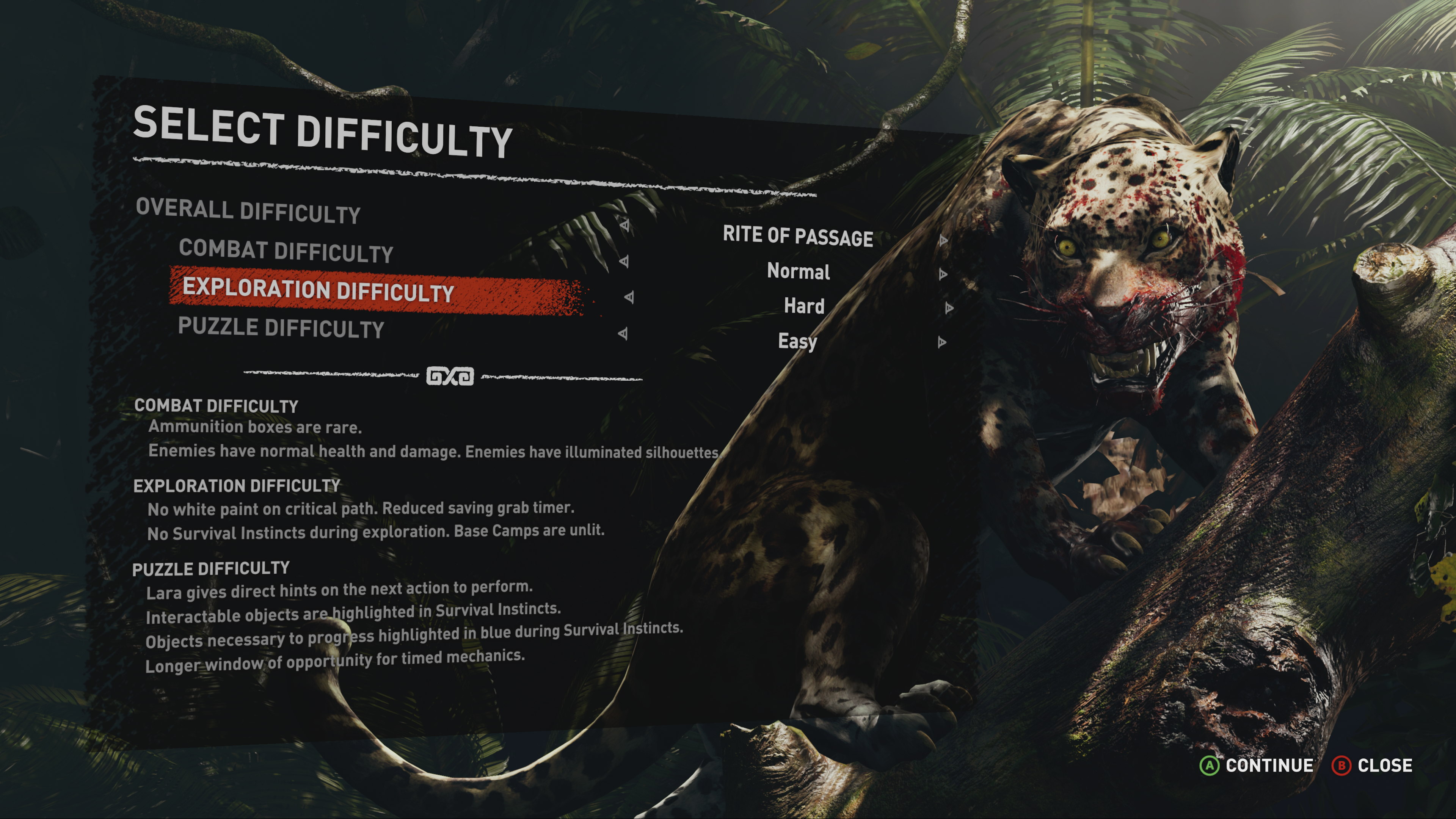 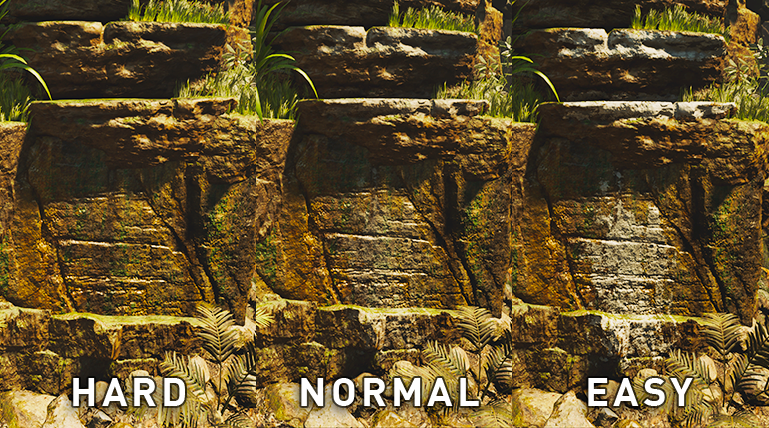 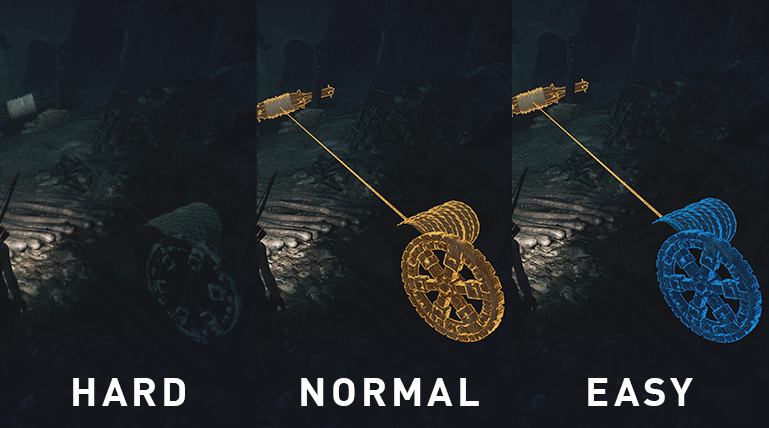 The Survival Instincts beacon (which highlights the next objective location) and glow (objects Lara can interact with) can also be toggled on or off regardless of difficulty settings, except when on the Deadly Obsession setting.We hope these additions allow more fans than ever to enjoy Tomb Raider.