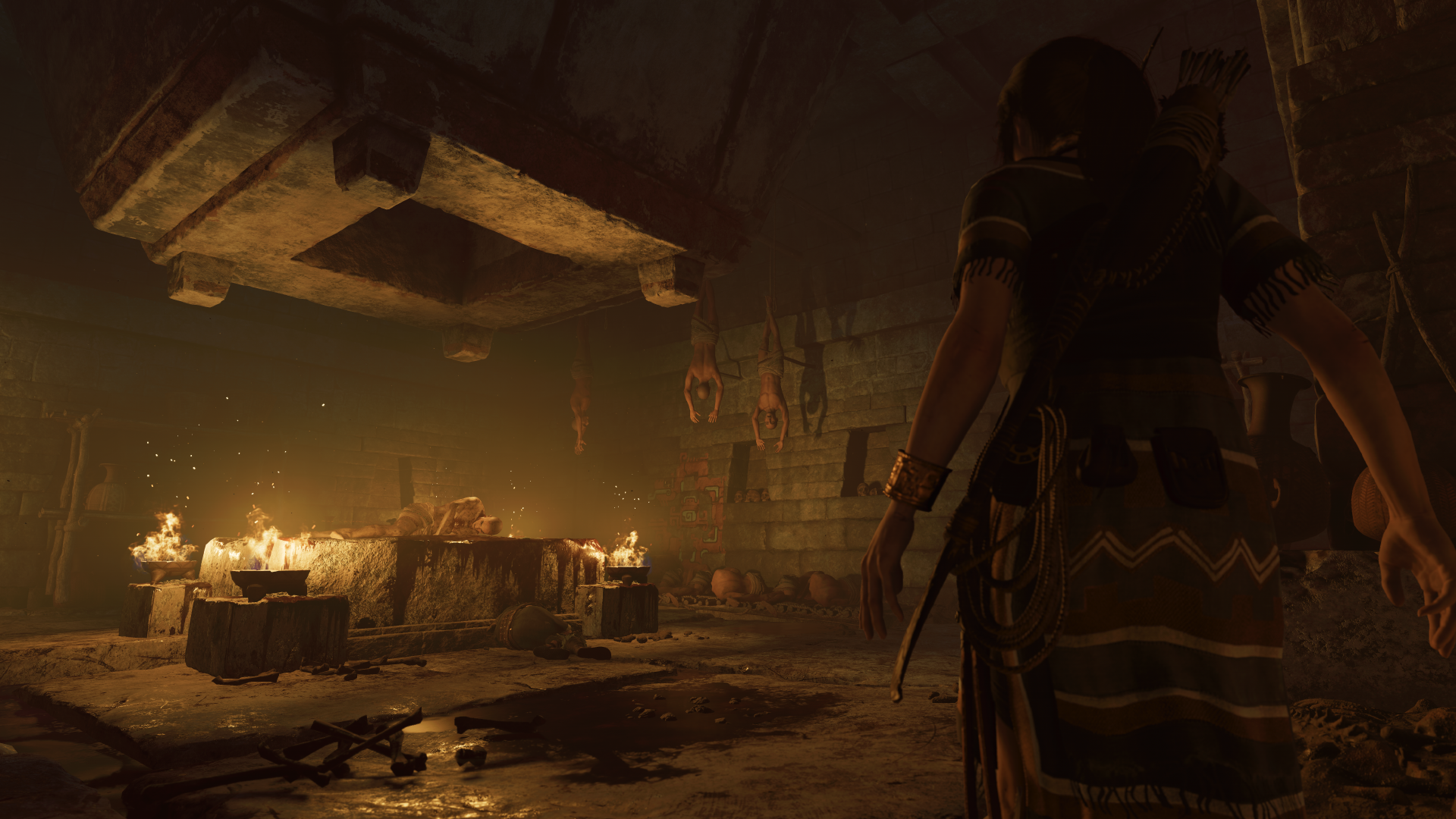 “Photographer Mode’s camera tools aren’t just about the angle. Used properly, Field of View and camera roll can be powerful, emotive features. With its ability to compress a scene, adjusting the relative scales of Lara and her environment, FOV lets you decide how epic the game’s jungles and monuments look. Set it too high and the world becomes small; it’s not always best to cram everything into the scene. Roll, meanwhile, should be used sparingly to suggest to suggest extremes of movement and drama. So-called Dutch tilt should be otherwise avoided, especially when shooting landscapes.”

“Shadow of the Tomb Raider features some pretty stellar lighting, so don’t expect to be using this all the time. I tend to use them in conjunction with the Color Filters option to stylize the occasional shot, or maybe try and rescue one where the lighting just doesn’t quite pop.” 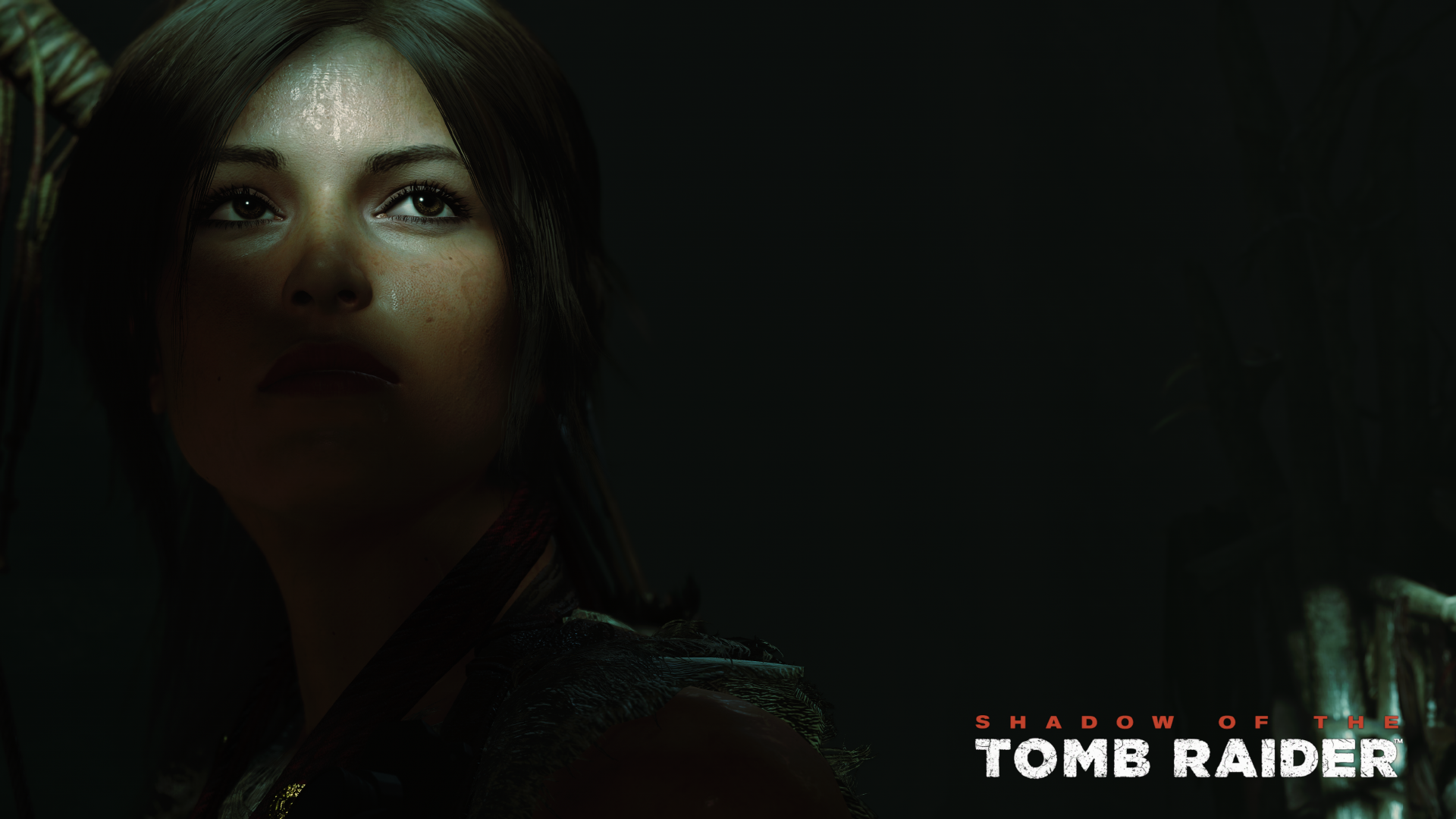 “By now you’ll have seen about 50 identical selfies of Lara ‘on-set’ - but these aren’t just the novelty that suggests. It’s not always the whole expression that needs changing: sometimes you just wish Lara’s eyes were looking in a different direction, or that she wasn’t quite so chill about sleeping in a bed of ten-foot spikes. Just because someone’s given a name to each of these options doesn’t mean you should take them at *cough* face value. Experimentation is where the fun’s at.”

“Not having to figure out what the hell’s going on in a scene certainly counts in its favor, as does a sense of volume: the separation of foreground and background, and of focal and peripheral elements. This should be achieved through both environment (lighting, fog, natural contrasts in the terrain) and lens effects such as Depth of Field. Selective blurring doesn’t just give a certain cinematic heft to an image, it leads the eye to what you really want it to see, meaning less work for the viewer.

“The intricate texturing in Shadow of the Tomb Raider is something of a double-edged sword in this respect. It gives scenes an awful lot of visual information, which without the moderating influence of depth of field might overwhelm in more complex environments. But it also means you can focus on details other games simply don’t have, right the way down to the iris of Lara’s eye.” 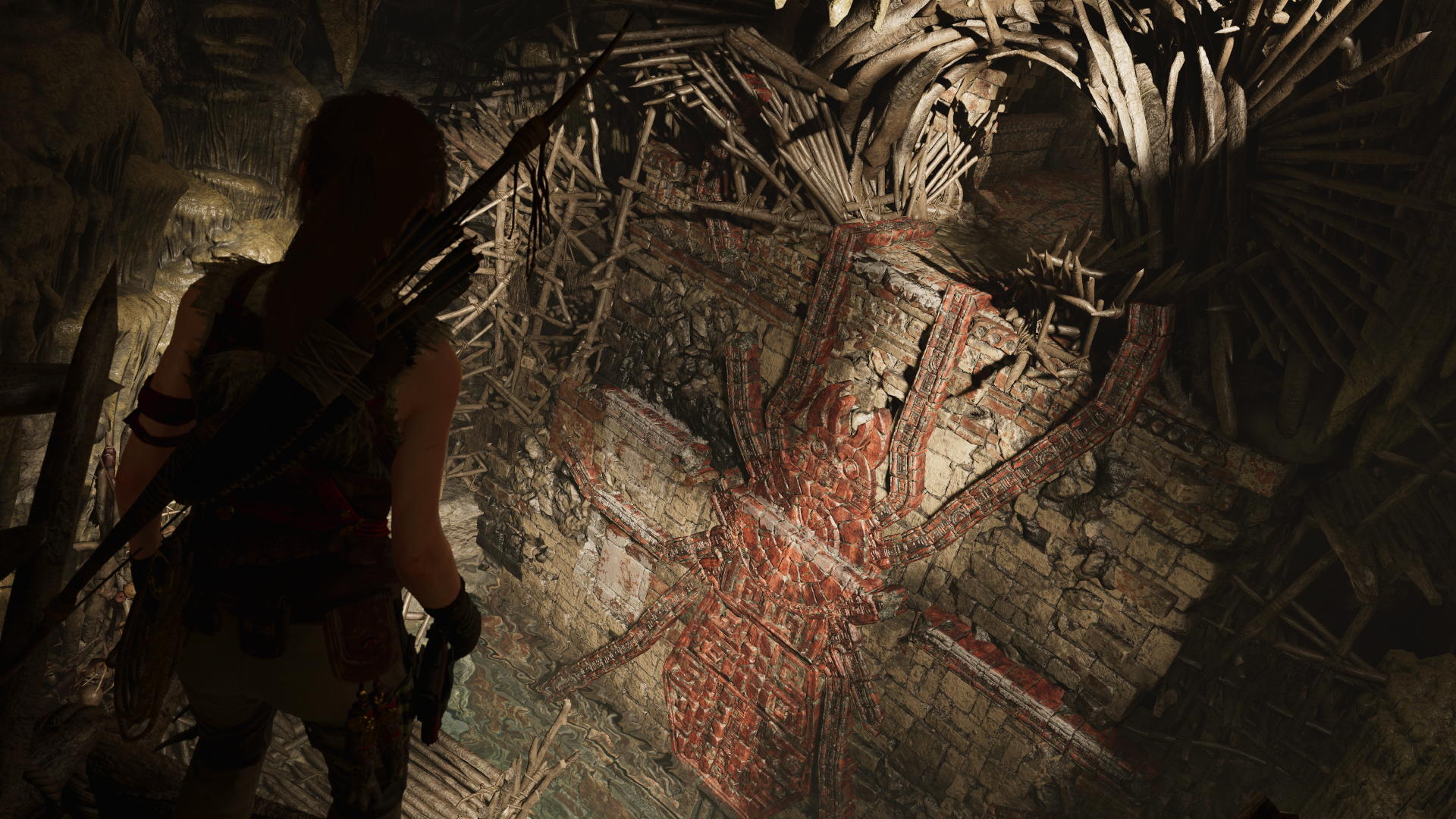 “These post-processing filters affect the game’s tonemapping and color grading, often with extreme results. Used in conjunction with Brightness and Saturation, they can take the light and shadow of a scene to another level. The results aren’t always obvious, so be prepared to go fishing through the presets for something that unexpectedly pops, then tweak from there. Some of the very best shots have such accidental origins – but beware: messing with the game’s finely tuned palette can often produce issues such as color banding, which you might not even notice until it’s too late.”

Shadow of the Tomb Raider is now available for Xbox One X, Playstation 4, and Windows PC/Steam.